Since the latest unemployment number of 9.7% came out today, I thought I would send some of CalculatedRisk‘s wonderful graphs to help put it in context.

In terms of percentage of lost jobs compared to previous recessions we have the following updated graph. 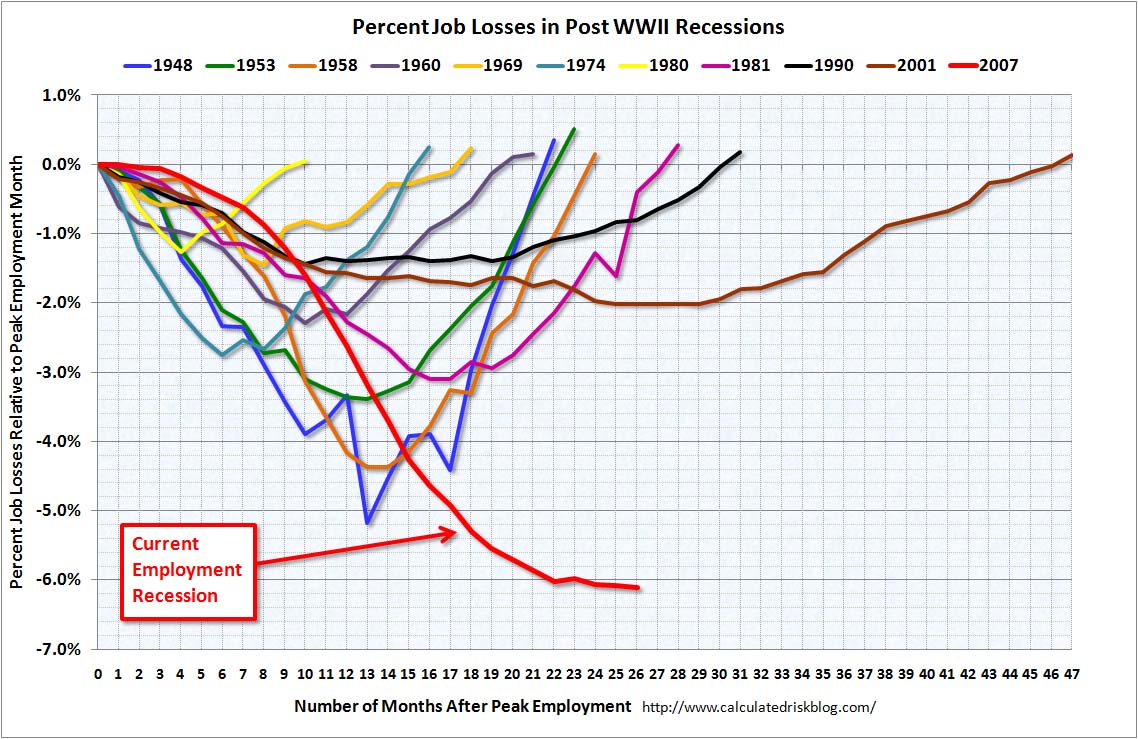 Besides the clear trend of more and more drawn out job recoveries, this past recession was also different in how many people lost their jobs for a long time.  The following graph show the percentage of people who have been out of work for over 26 weeks. 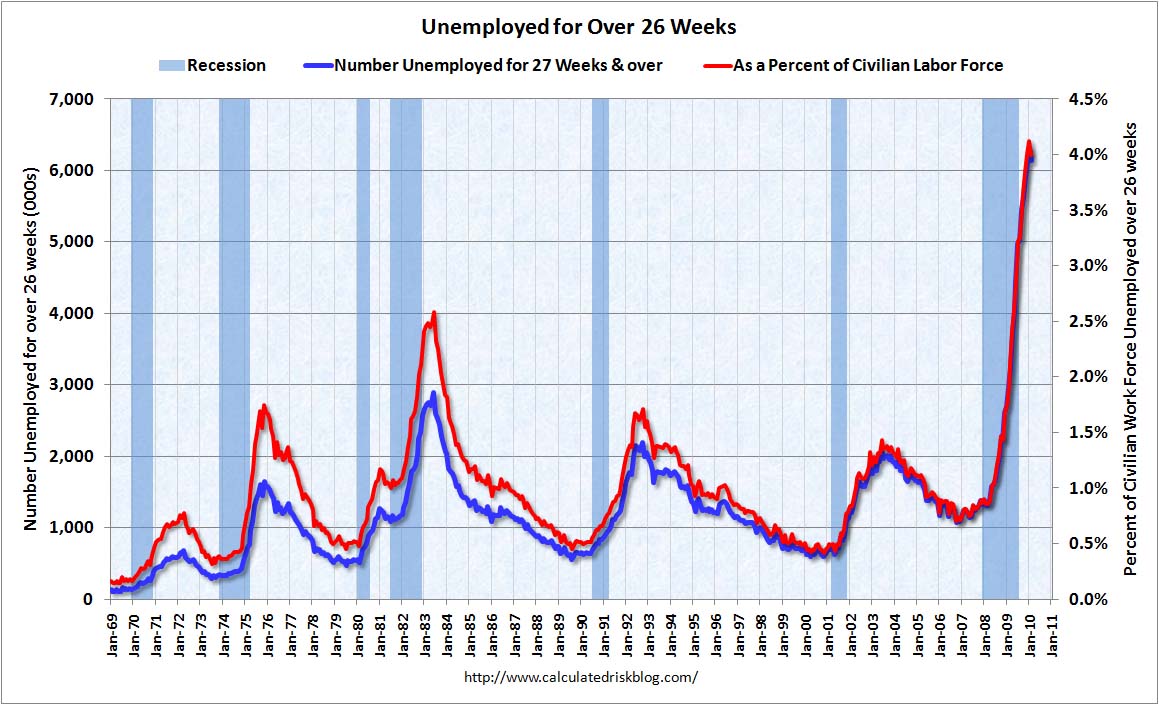 Related to this problem is that normal unemployment benefits stop after 26 weeks.  Congress, however, has been extending those benefits greatly tempering the effect this large unemployment has on individuals and the economy.  However, unless Congress creates even longer extensions over $5million people will lose their unemployment benefits by June.  This will be a negative shock to the economy which will likely push economic growth down in the 3rd quarter.  With the recent extension, the March numbers in the graph below are pushed into April. 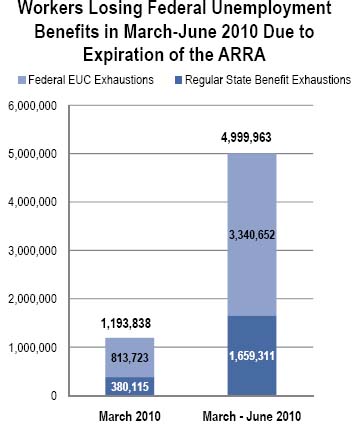 This entry was posted by David on March 5, 2010 at 9:17 am, and is filed under Commentary. Follow any responses to this post through RSS 2.0.You can leave a response or trackback from your own site.