Another month has passed, so I thought I would share some unemployment graphs that look at things a bit differently. 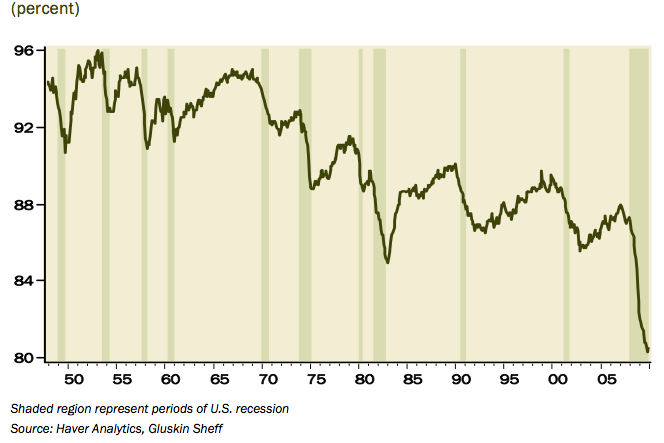 Clearly there is a long term structural trend of men participating in the workforce less and less (for women it has been the reverse).  I don’t think the culture has fully digested this reality yet.

A lot of attention has been given to how this recession has more long term unemployed than in any time since the depression.  It is interesting to see that Canada had two bouts of this kind of unemployment.  Notice that it took them 10 years to really get it under control. 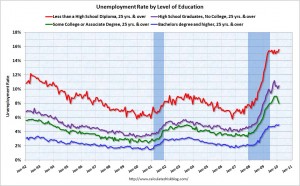 Lastly, unemployment is not being uniformly felt.  Those with less education are bearing the largest brunt of the economic woes.  If this sticks around for a long time, I’m not sure how that will affect the political landscape in the US, but I would think it would do something.

This entry was posted by David on April 5, 2010 at 9:28 am, and is filed under Commentary. Follow any responses to this post through RSS 2.0.You can leave a response or trackback from your own site.